Imagine having 108,000 doctors on call 24/7/365 to answer your health questions. Imagine the lives you could save by virtually deploying those doctors in real time to a disaster area or population in need anywhere around the globe. Imagine the kind of artificial intelligence you could create by integrating the collective experience of those doctors into a cloud-based Health Operating System.

You can stop imaging, because HealthTap has already done it! Between HealthTap Prime (virtual consultations), HealthTap SOS (disaster relief), and Dr. A.I. (artificial-intelligence powered triage), HealthTap is saving lives while lowering costs—and revolutionizing the entire healthcare experience in the process!

Join HealthTap’s Founder and CEO, Ron Gutman, as he talks about how HealthTap is helping millions everywhere live healthier, happier, and longer lives. 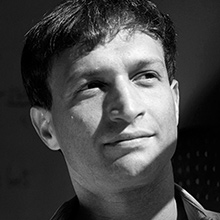