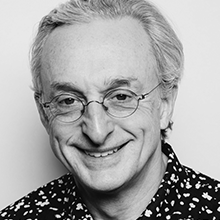 David Kirkpatrick is a journalist and founder of the conference and media company Techonomy Media. Its events gather leaders from tech, business, academia, and government to discuss how tech changes business and society and how it can contribute to a better world.

The most recent conference was in November in Half Moon Bay, California. Techonomy NYC takes place May 8-9, 2018 in midtown Manhattan. At Techonomy 2016, Mark Zuckerberg made his notorious remarks (now retracted) about how it’s a “crazy idea” that fake news on Facebook could have affected the election. Speakers in 2017 included Aetna CEO Mark Bertolini, John Chambers of Cisco, GE’s Beth Comstock, Verizon CEO Lowell McAdam, and former Secretary of Commerce Penny Pritzker.

Kirkpatrick spent 25 years at Fortune, where he served as Senior Editor for Internet & Technology and founded and hosted the Brainstorm conference series. In 2010 he published “The Facebook Effect: The Inside Story of the Company That Is Connecting the World,” now in 32 languages. He is a contributing editor at Bloomberg Television and a member of the Council on Foreign Relations.

Johnson & Johnson: How a 130 Year Old Company is Transforming Health and Wellbeing