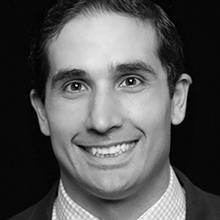 Dr. Vahabzadeh is the Director of Digital health at Brain Power, a neuroscience-based company focused on the development of augmented reality and data-driven technologies for autism and behavioral health. He is also on the faculty at Massachusetts General Hospital and Harvard Medical School. Dr. Vahabzadeh has trained in psychiatry, child psychiatry, and family medicine. He is an expert on the application of wearable, immersive, and digital therapeutics for brain disorders. He holds over 20 national and international awards in medical research, leadership, and innovation, and was the youngest Council Chairman at the American Psychiatric Association. Arshya is a 40 under 40 healthcare innovator, and has been described as one of the future leaders in psychiatry. Dr. Vahabzadeh has numerous publications in authoritative texts, and has been quoted in or written for many media outlets including CNN, USAToday, Huffington Post, Boston Globe, and Nature.  He is also the Innovation Officer at the Massachusetts General Hospital Psychiatry Academy, the largest educational and consulting service for mental health in nation. He is a senior mentor for Neurolaunch, the world’s first neuroscience startup accelerator.

Dying to Get High—Tackling the Opioid Epidemic