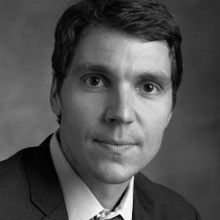 Corey M McCann M.D., Ph.D. CEO of Pear Therapeutics, an eHealth company developing drug/software combination products for diseases of the brain. Previously, he was an investor with MPM Capital, where he evaluated new healthcare investment opportunities. Prior to that, he was an Engagement Manager with McKinsey & Co. where he advised pharmaceutical, medical device, and biotech companies on acquisition, development, and commercialization of life science technologies. Corey has previous investment experience with RiverVest Venture Partners as an Associate performing diligence on early stage investments, and as an Analyst at NeuroInsights. He is also founding member of Alcyone Lifesciences, a start-up developing technologies to deliver therapeutics to the brain.

In addition to the above, Corey has been an advisory board member or Board Director at multiple healthcare companies including Dragonfly Sciences, Selexys Pharmaceuticals, Companion PBx, AgNovos Healthcare, Edumedics, and ArthroMeda. For his PhD, he studied the molecular biology of synapses at Harvard University and at Washington University in St Louis. He was also a post-doctoral researcher at the Massachusetts General Hospital where he developed imaging techniques for the visualization of the brain. Dr. McCann received his M.D. from Washington University in St. Louis. He graduated summa cum laude from Pennsylvania State University as an Evan Pugh Scholar, receiving a B.S. in Biology with minors in neuroscience, biochemistry, and molecular biology.

Dying to Get High—Tackling the Opioid Epidemic