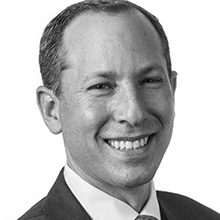 Previously, Jason was senior vice president and chief marketing and product officer for WellPoint Inc., a Fortune 50 managed care company and the second largest U.S. insurer. He twice won WellPoint’s Pinnacle Award for outstanding leadership. Jason became part of the WellPoint management team when it acquired Empire BlueCross BlueShield, where he became the president of the $7 billion New York market, after joining the company in 2002. He began his career at Oxford Health Plans.

In 2015, Jason was named 2015 Digital Healthcare Innovator of the Year, by Healthegy, in recognition for bringing telehealth into the mainstream. Additionally, he was recognized by Ernst & Young in 2014 as a regional winner of the EY Entrepreneur of the Year Award and, in 2003, he was named one of Crain’s New York Business “40 Under 40″ executives. He received a B.A. from the University of Pennsylvania.

How Teladoc Defied The Odds: From Startup to IPO to the Sky’s the Limit!