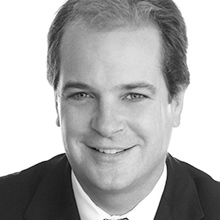 Michael “Mick” Farrell is the CEO of ResMed and has held the role since March 2013. Prior to that appointment, Mr. Farrell served as President, Americas for ResMed from 2011 to 2013. He was previously senior vice president of the global business unit for sleep apnea therapeutic and diagnostic devices from 2007 to 2011, and before that he held various senior roles in marketing and business development at the company.

Mr. Farrell serves on the board of directors of Zimmer Biomet (NYSE: ZBH), a multi-billion dollar public company that provides implantable musculoskeletal medical devices for patients globally.  Mr. Farrell is a member of the Compensation and Management Development committee as well as the Research, Innovation and Technology committee at Zimmer Biomet.  Mr. Farrell serves on the ResMed board of directors as well as on the board of directors of the Advanced Medical Technology Association (AdvaMed), based in Washington, DC. Mr. Farrell volunteers as a trustee for two non-profit organizations, the La Jolla Playhouse and the Museum of Man, in his home town of San Diego, California.