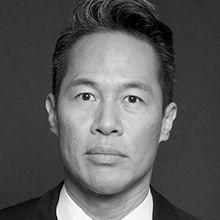 With 20 years of access to decision makers at the highest level in politics, media and business–Richard Lui has become a veteran news anchor, businessperson and politico. Before journalism, Richard spent 15 years in business, launching six brands over three tech cycles, patenting a fintech model in 2003.

As Celebrity Caregiving Champion for the Alzheimer’s Association and AARP, Richard shares his story of commuting from NY to CA each week to caregive for his father. He raises awareness on this subject at technology, healthcare, and caregiving conferences such as Innovation@50+ LivePitch and the Silicon Valley Boomer Venture Summit.

Who Will Rescue Alzheimer’s if Pharma Can’t?