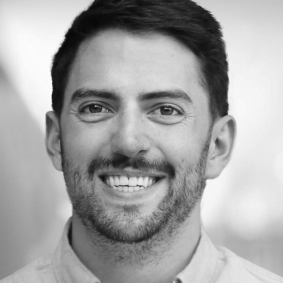 Sean Duffy is the co-founder and CEO of Omada Health, a digital behavioral medicine company dedicated to inspiring and empowering people everywhere to live free of chronic conditions like heart disease and type 2 diabetes. In 2016, Omada was named a Technology Pioneer by the World Economic Forum, and in 2015, the company was recognized as one of Fast Company’s Most Innovative Companies.

An in-demand speaker and thought leader, Sean’s accolades include a spot on The San Francisco Business Times’ 2015 list of “40 Under 40,” Diabetes Forecast magazine’s list of “2014 Diabetes All Stars,” and JPMorgan’s list of the “100 Most Intriguing Entrepreneurs of 2014.”

Sean’s past speaking engagements include Clinton Global Initiative Health Matters Summit, SXSW Interactive, the Society for Behavioral Medicine, the JPMorgan Healthcare Conference, and others. He has written extensively about digital health and the future of healthcare in The Wall Street Journal, Forbes, MedGadget, and TechCrunch, among other publications.

Prior to Omada, Sean worked at both Google and IDEO. A former MD/MBA candidate at Harvard, he holds a BS in neuroscience from Columbia University.