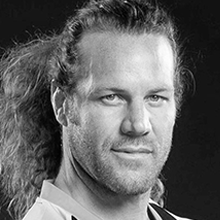 Todd Clever is an American rugby union player who plays for Austin Elite Rugby. He is also co-owner of the Austin Elite Rugby team and serves on the USA Rugby Board of Directors. On the international level, Todd is a member of the United States National team, The Eagles, where he served as captain, and holds the all-time record for tests played (76 caps). In the United States, Todd also served as member of the USA 7s team and played in 25 World Series tournaments.

Could Your DNA Be Keeping You Up At Night?